Homeland, from Gale Force Nine, is a wonderful game of intrigue, betrayal, and hidden agendas. Based on the TV Show, Homeland sees three to six players attempt to thwart (or help facilitate) terrorist plots against the United States. At the beginning of the game each player receives a hidden agenda- they are either a loyal CIA agent (they want to stop all plots from succeeded), or they are a political opportunist (they gain credibility when some plots succeed, but ultimately they want to prevent the terrorists from winning), or they are the terrorist mole. The board itself is made up of a grid, with the bottom row representing low priority threats, and the top representing imminent threats. Each turn a number of threats are put on the board equal to the number of players. Threats are created from organization and plot cards, which when put together reveal the potential damage of the plot succeeded and the sophistication of the plot. Each player, on his or her turn, will claim one of this threats and become its case lead, then will have the opportunity to place intel cards beneath different threats. Intel cards have either red numbers (bad) and blue numbers (good). At the end of each turn the threats move up the track, and those in the imminent row are then analyzed. If the blue numbers add up to more than the red numbers from the plot, organization, and intel cards, the threat is overcome and agency tokens are added to the agency track. If not, the plot succeeds and terrorist markers will be added to the terrorist track. Depending on the outcome players may receive different tokens, which can be used as victory points for the different roles at the end of the game. Tokens can also be spent to gain asset cards, which offer special abilities and victory points. Players can also take soldier or agent minis to look at different parts of the threat. 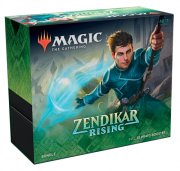