The Zensenbutai is the foremost Japanese frontline regiment specializing in close combat. The Haramaki are samurai warriors with servo-powered armor, intrepid storm troops forming the spearhead of Yu Jing offensives in the most dangerous zones, where the fighting is hardest. Usually, the members of the Zensenbutai belong to the working classes, and come from dark and almost unknown masters, or at least from provincial dojos with little or no prestige.

To promote this regiment and attract volunteers to its ranks, the Japanese Sectorial Army of Yu Jing re-established the Gekken Kogyo, or “sword shows”, a combat-sport spectacle, exclusive to Yu Jing’s Maya net in its current incarnation. It operates in a similar fashion to Aristeia! but only members of the Zensenbutai can participate. The success of these martial shows is such that an annual tournament has been organized in which many Haramaki participate, trying to receive the highest accolades. However, despite the media and public attention, or maybe because of it, the most conservative and reactionary Bushi view these tournaments with disdain, judging them sensationalist and vulgar, as with everything else that surrounds the Haramaki.

In one occasion, a prestigious samurai master from a distinguished lineage defined the Haramaki as “youngsters eager for glory and prestige who follow the path of the Samurai for the wrong reasons.” What is undeniable is the fact that the noisy Haramaki like to boast about their martial skills, show off their deeds and their armor, and to assert their privileges. It is also undeniable that, in character and behavior, they are the antithesis of the sober Domaru. Usually, the aristocratic career Bushi consider the Haramaki as lower class samurai. However, despite the bad reputation the military aristocracy holds towards them, the Haramaki are true warriors and keep their sense of honor and samurai nobility finely honed. Their loyalty, bravery and courage in battle are undeniable, they never turn down a challenge and they disdain automatic weapons, trusting in their Zen skills to guide a shot to its target. They don’t need to fire a burst, they need only to make “the” shot, the single accurate shot which allows them to get close enough to unleash chaos in hand to hand combat. 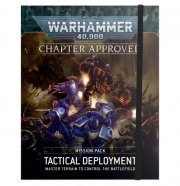