Poland fielded a very powerful Infantry arm in the early days of the war.  They were adequately provided with rifles, less so with machine guns.Being smashed so early on in the war, Poland never fielded snipers as did the other armies as they gained experience in mobile and static warfare.  They did of course have men who could shoot well, and we have paired up a Marksman team to give you some chance of keeping the German and Russian heads down!  One of them has either robbed a corpse or obtained his own telescopic sight, but together these two bold fellows will make the invaders pay!

Military history is replete with extraordinary and weird stories that almost defy explanation.  The Polish army is no exception, and its high powered and pretty effective anti tank rifle, the W2 35 was available in some numbers in time to resist the German and Russian invaders of 1939.  Sadly, the powers that be had decided that the weapon was so good that it should remain a secret, and they were largely kept hidden in wooden chests marked surveillance equipment for Uruguay - I am not making this up either!

Sad to say it was poorly distributed and not well understood until a bit too late..

Our two brave tank hunters  are  both equipped with the W2 35, hoping to get a few shots from its 4 round magazine into an enemy tank, the tanks and armoured cars of the day were vulnerable to this most excellent weapon. 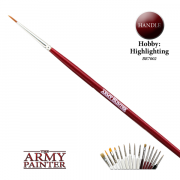 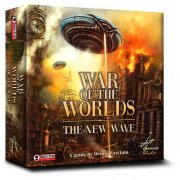 War of the Worlds - The New Wave (EN)